What does NDT mean?

Non destructive testing (NDT) is a testing technology for defects, chemical and physical parameters of materials, parts and equipment by using ray, ultrasonic, infrared, electromagnetic, terahertz nondestructive testing and other principles and technical instruments without affecting the future use function or current operation state of the test object.

1.RT:Radio testing is referred to as RT, The basic principle is that when the uniform intensity of the ray beam penetrates the object to be inspected, if there are defects or structural differences in the local area of the object, it will change the attenuation of the object to the ray, so that the intensity of the transmitted ray in different parts is different. In this way, the defects and material distribution inside the object can be judged by using a certain detector to detect the transmitted ray intensity. As one of the five conventional nondestructive testing methods, radiographic testing is widely used in industry. It is not only used for metal inspection, but also for non-metallic inspection. The defects that may occur in the metal, such as porosity, pinhole, inclusion, porosity, crack, segregation, incomplete penetration and insufficient fusion, can be detected by radiographic method.

3.MT:Magnetic Particle The basic principle of testing is the interaction between magnetic leakage field and magnetic powder at the defect of workpiece. It makes use of the difference between the permeability of surface and near surface defects (such as cracks, slag inclusion, hairline, etc.) and the permeability of steel. After magnetization, the magnetic field at the discontinuities of these materials will be distorted, forming part of the magnetic flux. The leakage magnetic field is generated on the surface of the workpiece at the leakage position, so as to attract the magnetic field The accumulation of magnetic powder at the defect of magnetic powder, the magnetic mark, shows the position and shape of the defect under the appropriate light conditions. By observing and explaining the accumulation of these magnetic particles, the magnetic particle inspection is realized. In industry, magnetic particle inspection can be used as the final product inspection to ensure that the workpiece will not produce harmful defects on the surface after various processing procedures (such as welding, metal heat treatment, grinding). It can also be used for the inspection of semi-finished products and raw materials such as bars, billets, forgings, castings, etc., in order to discover the existing surface defects. During regular maintenance of equipment, magnetic particle inspection is often used for important steel parts in railway, aviation and other transportation departments, smelting, chemical, power and various machinery manufacturing plants, so as to find out the fatigue cracks and other defects in use, and prevent catastrophic accidents in the continuous use of the equipment.

4.PT:Penetration testing (PT) is a non-destructive testing method based on the principle of capillary action. Penetrant testing can be widely used to detect the surface opening defects of most non absorbable materials and non porous materials, such as steel, non-ferrous metals, ceramics and plastics, etc. for the defects with complex shapes, it can also be comprehensively tested at one time. It is mainly used to detect cracks, white spots, porosity, inclusions and other defects. 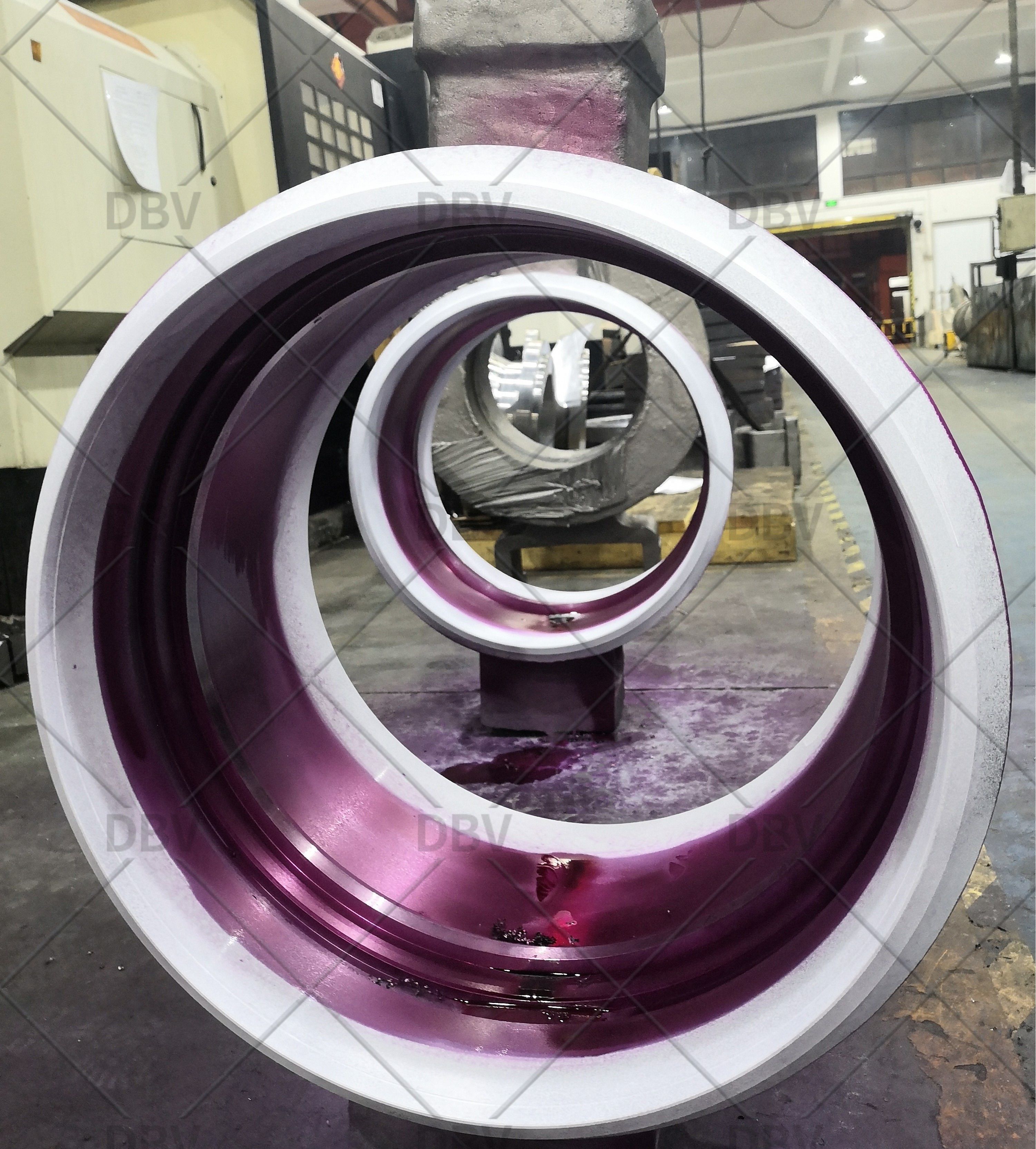