What’s the meaning of the valve pressure test?

The purpose of the pressure test of valve is to check whether the sealing of the valve itself is intact, so as to prevent the leakage of the valve in the use process and bring hidden danger to the production. In general, the strength test and sealing test shall be conducted for valve pressurization, and the valve pressurization report shall be issued by special organization or workshop.

The duration of strength test and sealing test is generally 2 ~ 3min, and that of important and special valves is 5min. The test time of small diameter valve can be shorter, and that of large diameter valve can be longer. During the test, if there is any doubt, the test time can be extended. During the strength test, no sweat or leakage is allowed in the valve body and valve cover. Sealing test, general valve can only be carried out once, safety valve, high pressure valve and other important valves need to be carried out twice. During the test, slight leakage is allowed for low-pressure and large-diameter unimportant valves as well as valves with specified allowable leakage; due to different requirements for general valves, power station valves, marine valves and other valves, the leakage phenomenon shall be implemented according to relevant 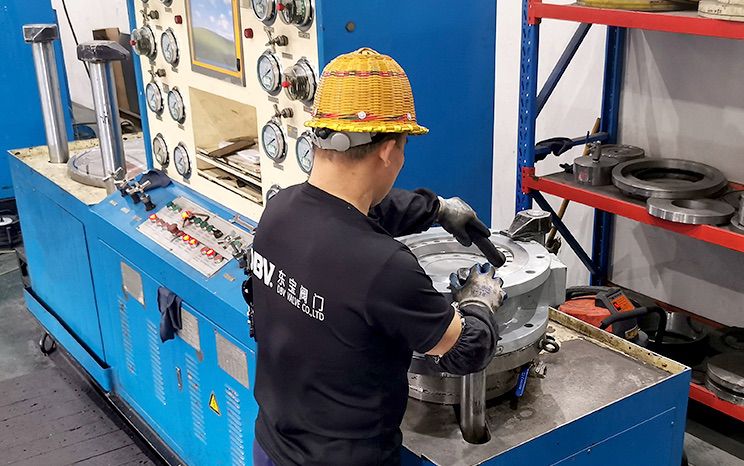