The Characteristics of All Metal Bidirectional Butterfly Valve

1. This series butterfly valve adopts radial dynamic balanced sealing system design with national patent, the inlet and outlet side of valve are almost evenly stressed, valve opening torque is low. Its positive and negative sealing performance are reliable. It is praised by the majority of customers. 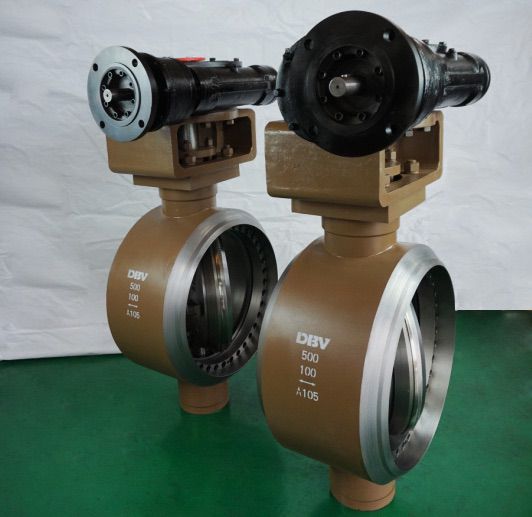 3. All metal bidirectional butterfly valve is designed with triple eccentric structure, that is, adding an angle eccentricity on on the basis of double eccentric butterfly valve. It won’t lead to plastic deformation under high pressure, and there is no punch stress and welding stress under high or low temperature. It solves effectively the leakage caused by unreasonable secondary sealing design of traditional butterfly valves, and improves the valve sealing reliability. The application of the eccentricity extends the valve service years, and eliminates the uneven loaded between secondary sealing. There’s no sliding friction and no squeeze between the disc and the valve seat during the process of opening and closing. It makes the valve close more tightly, the sealing performance is better.